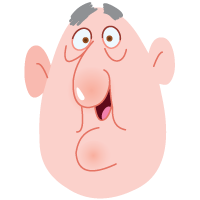 I was diagnosed with type 2 diabetes five years ago, and I've had to make considerable changes to my lifestyle to maintain my health since I was diagnosed. I started this blog to share my experience of coming to terms with having type 2 diabetes and what I've learned on my personal journey. I share details of the lifestyle changes I've made, including giving up smoking and eating more wholefoods, and my personal experience of using alternative treatments, such as acupuncture and herbal medicine. I also post about new treatments that are becoming available for type 2 diabetes. I hope you find my blog useful and informative.

Wellness is a worthy goal. It's also a nebulous field that doesn't have just one definition or one approach. Traditional wellness strategies such as getting adequate sleep and easing up on sugary foods are very helpful, but you'll also find aspects of the wellness field that deal with emotional factors such as acceptance of your body. Body positivity is one such aspect, but it's come under fire lately for some distinct disadvantages.

What Is Body Neutrality?

The idea behind body neutrality is to remove judgments that might add feelings of shame or inadequacy. Neutrality allows you to look at something that might be "negative" and simply address it, rather than glossing over it with positive language that feels forced or inauthentic.

Why Positivity Might Be Less Helpful Than You'd Hoped

Body positivity can be good but can also go overboard. When done correctly, positive language can help pull a negative perspective a little more toward the positive end of the spectrum. However, much of the time, body positivity essentially forbids any negative thoughts. Worse, the positivity tends to focus on issues linked to appearance. This isn't surprising as it's based on loving your body no matter how it appears, but the emphasis on appearance ignores deeper issues and forces people to bury feelings that could be better addressed in the open in a neutral manner.

How Neutrality Can Contribute to Wellness

Your goal of caring for your body and living in a state of wellness depends on more than how you look. And there's no doubt that if you get negative news, you're going to feel some negative feelings. Suppressing those feelings can intensify them (think about the last time you felt angry and whether trying to convince yourself everything was fine actually helped you; chances are, it didn't); it's healthier if you address those negative feelings so you can find a constructive way to deal with them. Body neutrality also has you acknowledge your body in a neutral, observing manner, rather than one that starts from a point of view in which your body does not conform to conventional beauty standards.

If you're trying to care for your body and mind and want to dive more into the world of wellness, you may want to look at introducing the practice of body neutrality into your life. You may find releasing the idea of "appearance above all" does more to improve your quality of life than you thought it could.